How to Survive a Zombie Apocalypse 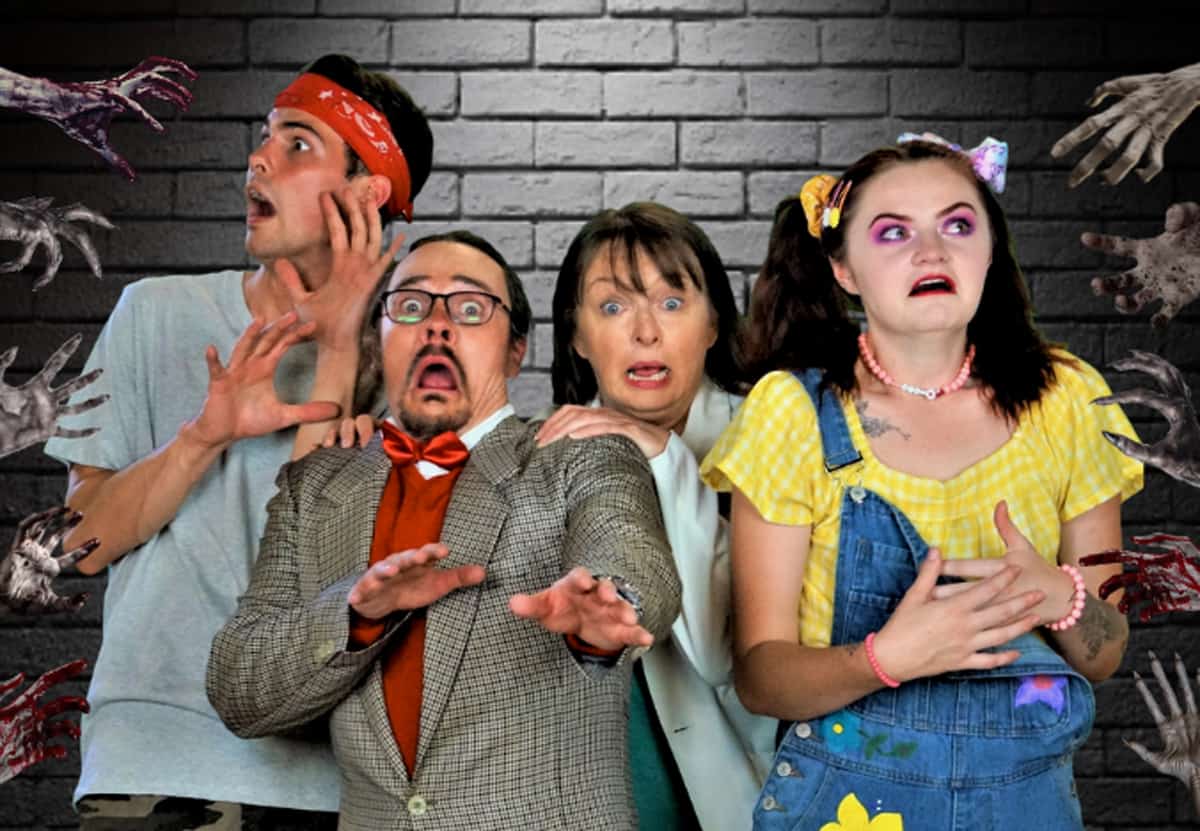 Everything you need to know to survive and thrive when the undead revive.

This crazy comedy play is presented in the form of a seminar. Members of the School Of Survival (S.O.S.) lead the audience through a selection of scenes which will demonstrate things such as:
* What Is A Zombie?
* How To Pick Your Survival Team
* How To Fight A Zombie
* Counselling Techniques, and
* Choosing Your Weapon.
And it answers the ultimate question of who is better to defeat a zombie – a pirate or a giraffe? The team also spends a fair amount of time squabbling with each other!

There is Dr Dale Seslick, the founder and main Facilitator of Seminars conducted by the School of Survival (S.O.S.). He is a dedicated and outgoing public speaker, who sometimes veers off into the realms of manic comic rants. Then there’s Judy O’Dea, his loyal assistant. Scientific to a fault and is oddly obsessed with cattle-prods.

Donnie Straite is a Rambo-like survivalist, into all sorts of combat training and weapons. He considers himself a bit of a ladies man, however the ladies do not. And he is not quite the expert he thinks he is. To round off the team, there’s Trista Granger – a pocket-rocket of energy and enthusiasm, until her minds drifts off to think of puppies and clouds.

There is a lot of audience interaction in this production, as we eliminate people one by one until we are left with only those who would truly SURVIVE A ZOMBIE APOCALYPSE! Lots of laughs, lots of fun!
Featuring: Dave Ellis, Clare Alason, Emma-Lee Sinclaire and Cooper Gray. Suitable for ages 12+.

Proudly supported by City of Armadale.